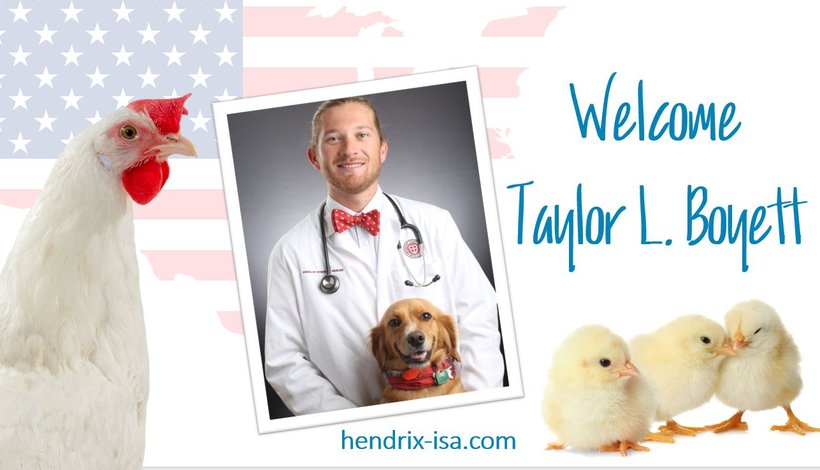 Get to know our Team: Taylor L. Boyett

We are pleased to announce that Taylor L. Boyett has joined the team of poultry veterinarians at Hendrix-ISA.

Taylor Boyett is a southeast Georgia native where he grew up on a small family farm outside of Claxton, GA. He was introduced to the poultry industry after his family built a contract farm for a local broiler company. After graduating high school, he attended the University of Georgia. During his undergraduate years, he discovered a career path through the poultry production veterinarian field, and he followed that path to veterinary school at St. George’s University in Grenada, West Indies. After completing his tenure in the Caribbean, clinical year at Mississippi State University, and graduating from SGU in 2020, he continued to specialize in poultry production by completing the poultry health and welfare management residency at North Carolina State University in July of 2022.

Hendrix-ISA is looking for a Staff Veterinarian

To work for the Hendrix-ISA operations (Layers) in the USA (PA, VA, NE, and MD), the Staff Veterinarian is responsible for the execution of health programs. This is done by taking a proactive approac…